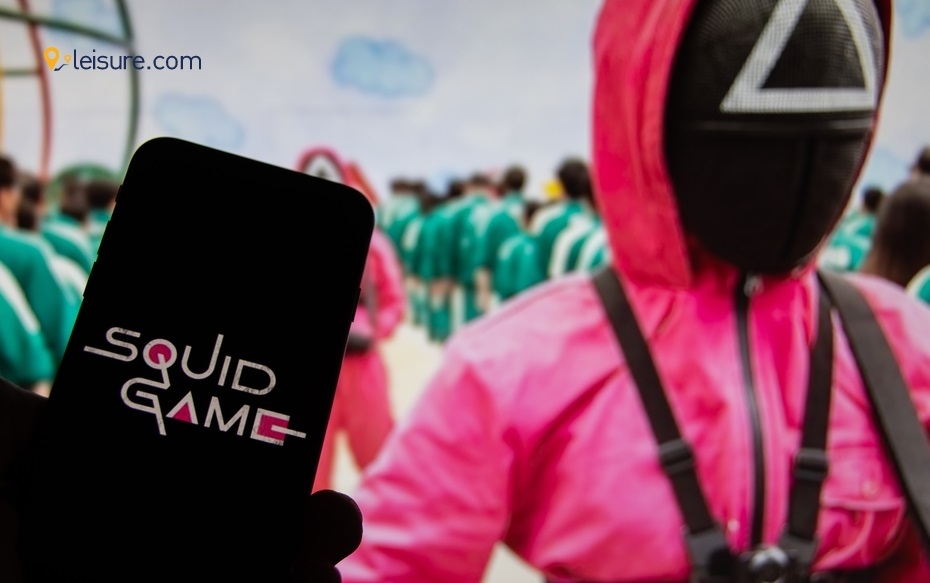 One of the most popular shows Netflix has ever produced, Squid Game, is now a global phenomenon. Over 110 million people, and still counting, have viewed the show. Let’s find out the top tourist cities in the world where this murderously compelling thriller drama was filmed.

The dystopian visionary show Squid Game was filmed in South Korea’s Seoul, one of the top tourist cities in the world. It was a bunch of over 450 have-nots, playing a set of six deadly games to get their hands at a tremendous amount of money. The show, without a doubt, has spawned a few unlikely offshoots. The demand for the numbered jerseys that players wear on the show has increased manifolds, along with the rage of memes across news publications and social media platforms. What has also grown is the number of people now looking to visit the exact locations and islands where Squid Game was filmed.

What seemed to be just another slow day for Lim Chang-Joo and his wife turned out to be probably the busiest days of their lives. On October 13th, people started lining up in the alley in front of Exit 2 of the Hyehwa Station in Seoul. The subway line 4 station is located in the Dongsung-dong neighborhood of the Jongno-gu district in one of the top tourist cities in the world.

What people were looking for was a stall selling dalgona, used in the series. This massive crowd had amassed even during weekdays. This indeed attested to the show’s extreme hype.

The husband and wife running the stall were called in to make dalgona used in the show. Every customer sat down in front of these two vendors and requested their desired shapes. Most people, however, asked for the Umbrella-shaped dalgona candy, which was what the protagonist of the show, Seong Gi-hun ended up with.

If you are traveling to Seoul, one of the top tourist cities in the world, do check out the dalgona stall here. A dalgona candy will cost you around KRW 2,000 ($1.70).

The show’s second episode was filmed in the Ssangmun Uicheon branch of the convenience store chain. The residential neighborhood, i.e., in Seoul’s Dobong-gu district, is pretty secluded, which was also why the location was chosen. What was earlier not that popular, the neighborhood and the store are a source of pride to the people now since Squid Game became a global phenomenon. The characters Oh Il-Nam and Gi-hun hold a conversation while drinking soju and eating instant noodles at this very store.

The store owner even posted a picture of the two characters from the show on the wall, with a short caption, “This is where No.1 and No. 456 reunited!”

People and tourists from around the globe have been flooding in to take photos of the store from outside. The half-basement home belonging to Gi-hun and his mother in the show is also pretty close to the store.

In response to the sensational popularity of Squid Game, the local government in Seoul is looking to promote the city as a global tourist destination.

Different locations appearing throughout the show are rapidly becoming the top tourist cities in the world. These childhood games truly are boosting Korean tourism, which suffered massively because of the adverse effects of Covid-19.

The top three filming locations of Squid Game were posted by the local governments in Seoul, one of the top tourist cities in the world. The three locations - Kyodong Elementary School, Seongapdo, and Wolmi theme park My Land - are recommended as top places to visit in South Korea.

One of the top tourist cities in the world, Seoul was home to the contestants of the eponymous Squid Game. Various scenes of the show were filmed in Seoul. Scenes depicting their daily hard-scrabble existence, also symbolized as “Hell” in the second episode, were shot here. No sets were used for filming in Seoul. Instead, real locations in and around the Korean capital city were used.

The protagonist, Gi-hun, was shown from the Ssangmun-dong neighborhood, located on the northern outskirts of Seoul. All his scenes showing his home life were shot in this district. He is also roaming around the Begun Market located on Samyang-ro, visiting the fish stalls where his mother and the fellow contestant Sang Woo’s mother worked.

Remember the famous scene from the first episode, where Gi-hun can be seen playing the arcade game, Pokopang, to win a birthday present for his daughter? It was shot in the neighboring region Chang-dong.

The show also takes us on a journey across Seoul from the point of view of Gi-hun. The horse racing betting scene from the first episode was shot in the city center at the Sangbong Intercity Bus Terminal.

Apart from this, the location where players 456 and 067 were dropped off in the second episode after quitting the first game is Namsan Park. The park is also seeing an influx of tourists today because of the hype of the show globally. You can also see the famous N Seoul Tower or the Namsan Tower lit up in the distance.

Towards the western part of Seoul, one of the top tourist cities in the world, Gi-hun can be seen visiting his friend in hopes of getting some cash on Keunumul-ro in Daeheung-dong. Also, in the second episode, we can follow Deok-soo, a fellow contestant to Incheon, located west of Seoul. He meets his fellow gangsters in the Wolmi Theme Park here.

The game of Ddakji, played by Gi-hun and the mysterious smiling man in the show’s first episode, was shot in an underground platform at the Yangjae Citizen’s Forest Station in the upscale Gangnam district.

Coming straight to the last episode of Squid Game, Gi-hun is shown receiving an anonymous, mysterious card from a flower-selling lady who instructs him to an address. The location is nothing but a tall gleaming tower, which was the IFC Mall in the financial district of Yeoui-dong.

The Kyodo Elementary School was featured in the show’s first scene as a part of the prequel/opening shot. The first scene featured a couple of young boys playing the eponymous Squid Game with their neighborhood friends. The scene was a true juxtaposition of childhood innocence against the inherent violence depicted in the games on the show.

People traveling to these top tourist cities in the world can visit the Kyodong Elementary School, which is also the oldest elementary school in Seoul. The school started educating children in 1894. 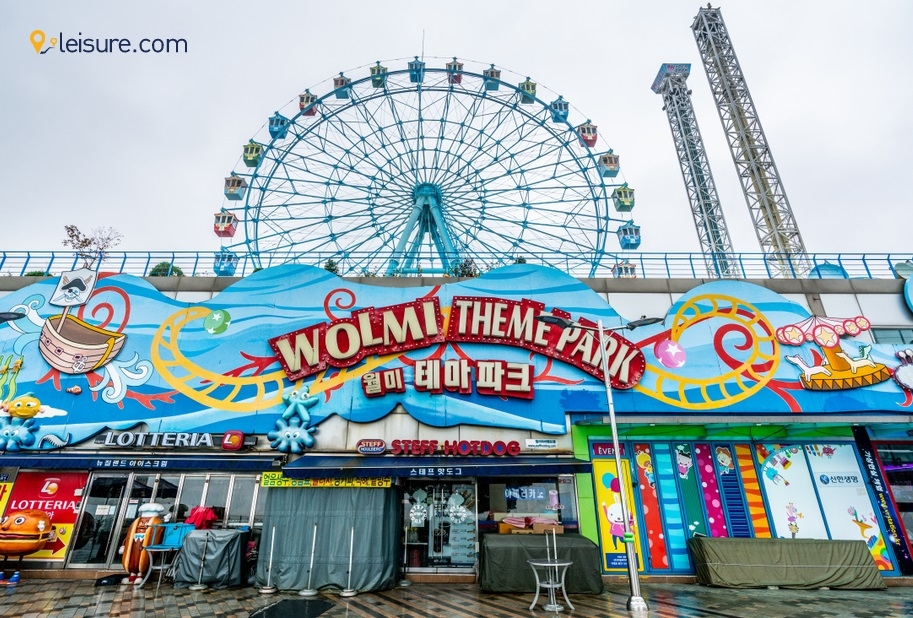 Located in Incheon, on the Wolmido island, the Wolmi Theme Park was also a short show in episode two. The show depicted this theme park as a site for illegal dealings between gang members; however, in reality, the theme park is much less shady!

If you are visiting South Korea, you should extend your vacation plans to visit the Wolmido Islands just to have a day of fun at this theme park. You will fall in love with the simplicity and pure innocence of the location.

You can enter this theme park for free. However, you will have to pay for the rides here. The theme park has been featured in various other shows and films before, apart from Squid Game.

The private island compound, where all the 456 players are grouped together, is shown as the hidden James-Bond-ish remote island. The beautiful island we see at the end of episode one and glimpses of the same in other episodes is, in fact, Seongapado. The island is located off the west coast of the Ongjin province of North Korea.

The island is mainly uninhabited, except for the few fishermen who live there without connectivity to the outside world and electricity. The crab-claw-shaped volcanic outcrop on this island is pretty anonymous since it does not even appear under its own name on Google Maps. This has further led to the mysterious hype around the show and the island.

Now, since the island Seongapdo is not open to public visits, the Local Government in Seoul, one of the top tourist cities in the world, recommends tourists to visit the neighboring islands - Deokjeokdo and Guleopdo. Here, on these two islands, you will be able to find a similarly calm and serene environment as depicted on the show. (Of course, there will be no games!)

Though Jeju Island did not appear on the show, the island still caught travelers’ attention when, during the Marble game, Kang Seo-byeok and Ji-Yeong were seen talking about the island and drinking Mojitos on this holiday paradise. Jeju Island lies to the south of Seoul, one of the top tourist cities in the world.

Jeju Island is also considered as the Hawaii of Korea by various US-based news publications. The local governments and organizations on Jeju island have also caught up to attract more tourists by raising awareness, all owing to the show’s hype.

Recently on their official website, the Jeju Tourism Organization even posted an article “What Would Player 067 Do on Jeju Island?” to introduce the mesmerizing locations on the island. 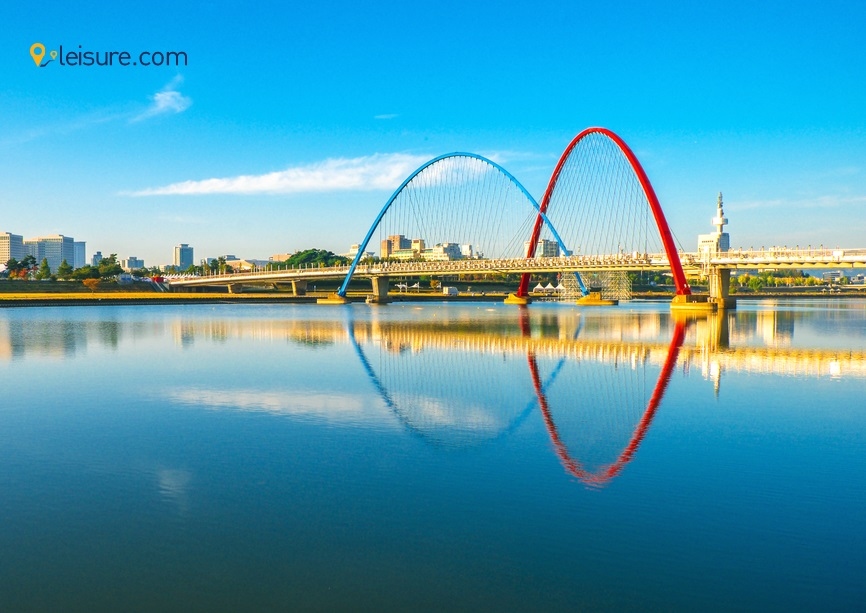 The majority of the show’s filming takes place in enclosed confines of the game area. Squid Game’s universe was created specifically for this purpose. The filming took place in real locations and various sets built across the country. The majority of the show’s filming took place in Daejeon, the fifth-largest city in Korea, a television production hub. Seoul has become one of the top tourist cities in the world, all thanks to the rage K-dramas are making globally right now.

Digital effects in the shooting of this series were used sparingly -- like giving us all the illusion of the height during the “Glass Stepping Stone” game. The set was, in fact, staged just 1.5 meters from the floor. Based on MC Escher’s optical illusion drawing, the famous candy-colored staircase was also reproduced from scratch in the city. The scene from the marble game, depicted in an old Korean neighborhood, was another set created in Daejeon.

While we all enjoyed watching the show Squid Game, it was an accurate commentary on the surge of capitalism in South Korea, leading to revelatory discoveries on exploitation and inequalities across the country. What drew us towards the show was probably not the games, but their hopes and despair played out fashionably well in this show. Above all, what we loved about Squid Game was the fascinating depiction of various locations across South Korea’s Seoul, including its serene and mesmerizing islands. It truly is one of the top tourist cities in the world.

Do plan a vacation there, enjoy and have your dalgona candy!

Happy vacationing to you.