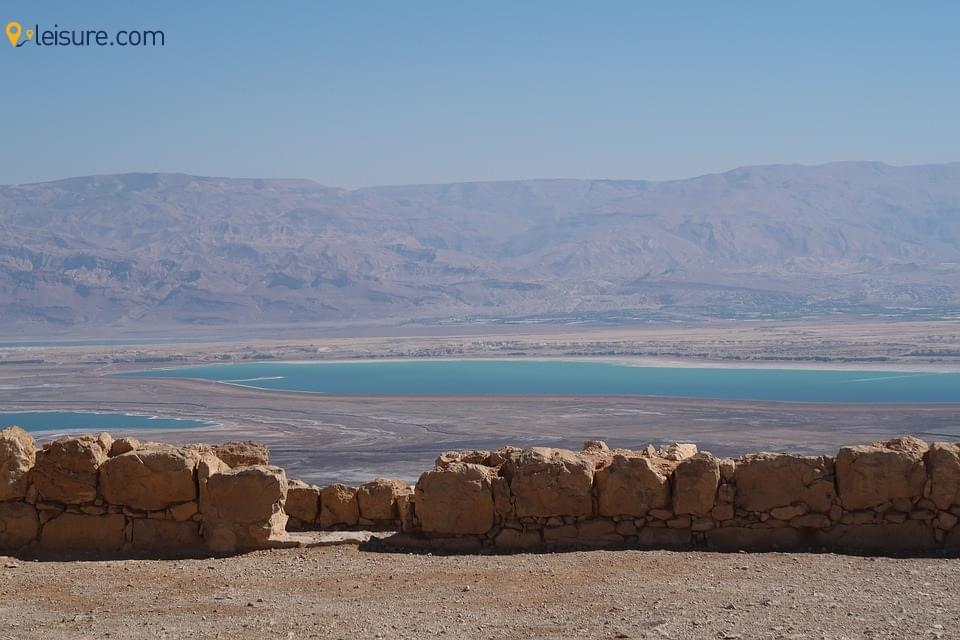 Israel is amongst one of the few countries in the world which have seen the history of the religions evolve at close quarters. It is famous for the tour of the old Roman ruins. Read More 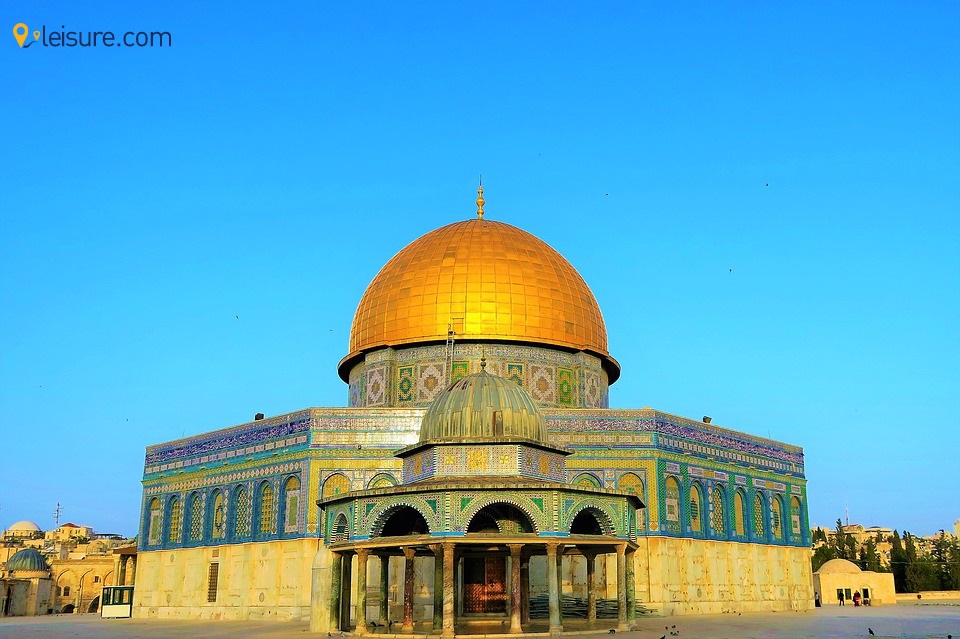 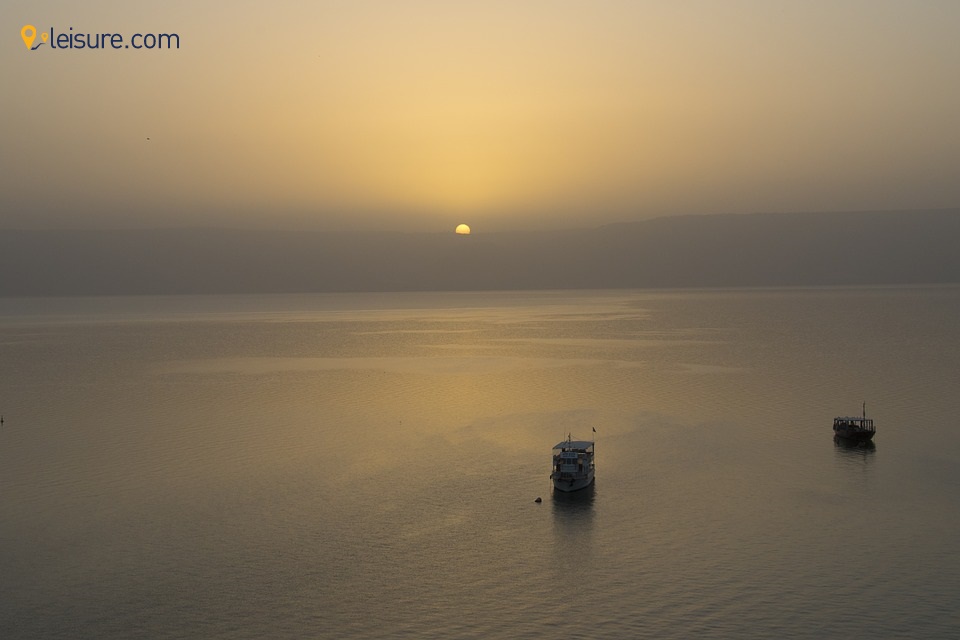 Israel is amongst one of the few countries in the world which have seen the history of the religions evolve at close quarters. It is famous for the tour of the old Roman ruins as well as to many temples of the ancient gods and their relics. In this amazingly planned Israel vacation package for eight days, you will get to see some of the lesser-traveled places which are of utmost importance to religious beliefs as well as to the spread of Christianity to the world. You will be visiting some iconic and biblical sites and landmarks in the holy lands of Israel. Retrace the steps of Jesus from the locations such as Mount of Olives and Via Dolorosa and see where Jesus was born in Bethlehem. Visit northern Israel to see the Sea of Galilee as well as some important locations such as Capernaum, Nazareth as well as the disputed Golan Heights on the Syrian border. Check out the Caesarea, Acre and Rosh HaNikra after which travel south to visit Masada, Jericho, and the Dead Sea. Float in the Dead sea which is considered as the lowest point on Earth while visiting Masada which is known as the symbol of the ancient kingdom of Israel. Check out the highlights of the trip here –

On the first day of the tour, you would be arriving in the beautiful and historic city of Tel Aviv to kick start the Israel vacation package which would last for eight days. In these eight days, you would be visiting more than 10 locations throughout the country which are of historical and religious relevance. Check out the details of the tour given here in the itinerary –

Day 1: Arrival in Tel Aviv and transfer to Jerusalem

On the first day of the tour, you would be arriving in the capital city of Tel Aviv to start the Israel vacation package which is loaded with surprises and adventures. Here, you will be met with the tour instructor who would help you transfer to the pre-booked hotel where you can relax or have some meal. Depending upon the timing of the arrival in the city, your travel itinerary for the day would be decided. But you should take the opportunity to explore the city which is pretty much exciting due to its traditional food culture. You can go on to sample some local food products as well or try to visit the markets which sell a lot of local products. you can also go to the beach to relax in the evening after which you would be transferred to Jerusalem which can easily be called the religious capital of the world to start the official trip the next day.

Day two of the day would be dedicated to visiting Jerusalem, a city with a controversial history and overwhelming importance in both Islam and Christian religions. In the morning, you would be starting with taking a panoramic view of Jerusalem from Mt. Scopus which is a very short trek. After this, you would be driving past the Garden of Gethsemane; Church of All Nations and Kidron Valley to reach the Old City of Jerusalem. You will then embark on a walk through the Jewish Quarter to see the Byzantine Cardo and the Iconic Western Wall which has been preserved to date. You will then be tracing the Jesus’ steps along the Via Dolorosa to the Church of the Holy Sepulcher after which you can have lunch in the Old City and then walk through the bazaar to visit the Yad Vashem Holocaust Museum which was built in commemoration of the people killed in the Nazi concentration camps. You can also choose to visit the places where Jesus had spent time in this part of the world near the Mount of Olives including the Church of ascension; Church of Pater Noster and Dominus Flevit. You will then be visiting the Church of All Nations as well as the garden of Gethsemane to see the Pools of Bethesda as well as to walk into the Old City of Jerusalem stopping at the Church of St. Anne and Convent of the Sisters of Zion. This place is also known if you want to trace the footsteps of Jesus via Dolorosa to the site of his crucifixion, now preserved in the Church of the Holy Sepulchre and visit Jesus’ burial tomb. Stay here for the night.

After a tiring visit to the Old and New city of Jerusalem to follow steps of Jesus, you will embark on a refreshing tour of the south which lies below the sea level to reach the biblical city of Jericho which is located near the Dead Sea. In the midst, you will be stopping near Zacchaeus’ sycamore tree (Luke 19:1-10) to learn about the Battle of Jericho which took place here fought by the Israelites in the course of the conquest of Canaan. Leaving Jericho, you would pass the Mt. Temptation to continue to Bethlehem and arrive at the Manger Square. Here, you can witness the underground tombs and shrines of the Church of St. Catherine; the Milk Grotto and see the place where Jesus was born in the Holy Grotto of the Church of Nativity.

Another day would be spent in the beautiful and holy city of Jerusalem because of its cultural and religious importance to the two religions. But the fourth day would be complete leisure for you as you can trace the city with your own pace and luxury. You can choose to explore Jerusalem through the narrow lanes of Old city or try to trek to the Mt. of Olives or try to visit the Israel Museum which is famous for its exploits. Try to visit and see the City of David or discover Jerusalem’s Machane Yehuda Market. Have some tasty and delicious traditional lunch in the city and stay here for the night.

Day 5: Visiting Masada on the coast of Dead Sea

Today, you would be heading south and through the Hills of Judean to get past the Inn of Good Samaritan to travel below the sea level and subsequently to the lowest point on Earth. From there, you would be taking a cable car to reach the summit of Masada which is a plateau where King Herod built a palace-fortress over 2,055 years ago. Once you have toured Masada, you will be driving through the desert and past the Ein Gedi oasis and Qumran to one of the best Dead Sea beaches where you can spend some time and get freshen up.

On the morning of the sixth day, you would be driving to the north side along the coastal road and then turn towards the Plain of Armageddon and pass Megiddo to pause at Mt. Precipice then continue to Nazareth to tour the Church of Annunciation and Church of St. Joseph. You will then pass Cana and drive along the shores of the Sea of Galilee to see the Mt. of Beatitudes and Capernaum. You should stop here to visit the Church of the Multiplication and then pass Tiberias and visit the baptismal site of Yardenit. While returning to Tel Aviv, you can also choose to stop for a brief moment near the pass of Mt. Tabor.

Today on the seventh day of the visit, you would be visiting the coastal cities which fall in the north of Tel Aviv. The first destination would be the ancient Roman port city of Caesarea which is located in Haifa to see the cascading terraced Baha’i Gardens. The journey will take you to the northernmost point on Israel’s coastline where you can choose to walk through the White Sea Caves of Rosh HaNikra. After this, you will be arriving in the Crusader city of Acre to visit structures from the 12th century, Ottoman era and British Mandate Period. Stay in Tel Aviv for the night.