An Exploration Of Israel With Family With This Tour Guide 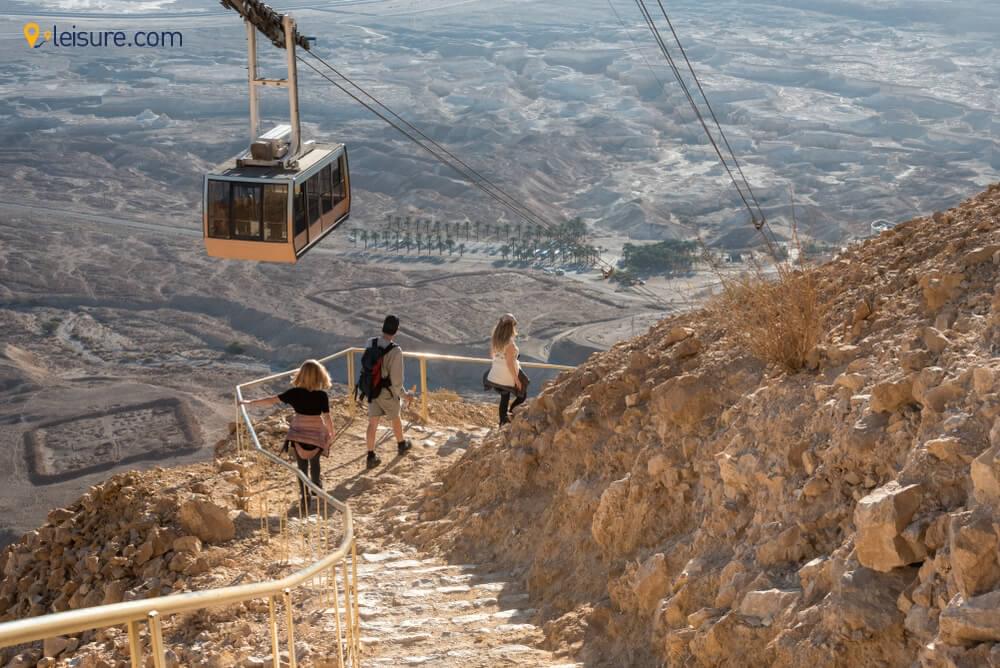 Israel is a small, but diverse country, that offers a number of unique attractions to all travelers, no matter what their age or background is. Whatever may be the purpose of your trip, this astonishing country has something for everyone! Israel offers scenic desert landscapes, breathtaking beaches, lush forests, and some of the most important historic sites in the world. Travelers from all around the world visit Israel every year for numerous reasons, but there is one thing which is always common – the unexpected!

(Day 1): Tel Aviv – Arrive in Israel and Enjoy an Introductory Tour of the City

The beaches of Tel Aviv glisten in the sunlight. Turquoise waters of the Mediterranean Sea lap against the shoreline. Locals walk along the aisles of the Carmel Market in search of fresh produce, from radishes to raspberries. The scent of the sea drifts through the streets and blends with the strong aroma of coffee emanating from the chic cafes. Your flight lands at Ben Gurion International Airport, where your private transfer meets the family upon arrival. The city bustles with contemporary style and enticing ambiance.

Beachgoers play matkot, a popular paddle ball game often referred to as the Israeli national sport, on the sand. The creamy antique stones of Jaffa, one of the oldest existing ports in the world, shimmer with hints of gold. After settling into the luxuries of your hotel, the family steps out with your guide for an introductory walking tour of the city. You make your way to the promenade to experience the life around the wooden decks of the Tel Aviv Port. Locals ride bikes, stroll, and jog along the walkways overlooking the cobalt hues of the Mediterranean.

Seagulls perch on the edges of the bordering buildings. Restaurants fill their outdoor decks with couples and friends eager to enjoy the view and a sampling of tomato and cucumber salad. The promenade extends for nine miles, connecting Tel Aviv’s Hatzuk Beach in the north to Jaffa in the south. Men cast their fishing lines into the water and relax as they wait for the fish to bite. The kids watch with awe as they point out a world of similarities and differences, wrapping their minds around the culture to which they are being introduced.

In the morning, locals walk along the cobbled roads of Shenkin Street. Coffee shops and restaurants open their doors to the aromas of fresh coffee and simmering shakshuka, a traditional Middle Eastern breakfast of egg and vegetables cooked in tomato sauce. The boutique windows display collections of vintage and handmade chic garments, from pants to scarves. The gold-sand beaches fill with locals and visitors from around the world soaking up the morning sun. Your guide meets the family at the hotel, ready to lead you on a remarkable tour of Tel Aviv, beginning with a visit to Independence Hall. At the Palmach Museum, the family has an introduction into the underground defense organization known as the Haganah, which was established as a strike force before Israel’s founding. The gold and textured stone flicker with gilded hues.

A sycamore tree adds a refreshing fragrance to the air. The exhibits offer a three-dimensional immersion into the Palmach legacy. The organization helped defend pre-Israel Palestine from the Nazi invasion during World War II and brought thousands of refugees from Europe following the war. The kids fill with excitement to venture underground into an old grotto. A documentary of the Palmach projects onto the wall for a unique experience involving the whole family. In the afternoon, you venture to Old Jaffa, one of the oldest remaining ports in the world, with a history spanning more than 7,000 years. A minaret stands like a lighthouse on a hill. Your guide explains that the 18th-century structure was erected using columns from the Roman city of Caesarea.

In the morning, sailboats glide over the Mediterranean in the distance and fishermen return to the promenade, keen on casting their lines into the turquoise water. After breakfast, your guide leads the family out of Tel Aviv and along the coastal plains. The Roman city of Caesarea continues to rise out of the grassland. The scent of herbaceous soil blends into the coastal breeze. The kids remind you of the minaret at Jaffa, which used the stones taken from the ancient Roman city.

The architects used concrete in the 1st century BCE to erect a harbor with breakwaters. The kids marvel at the Herodian Amphitheatre. Your guide tells stories of the chariot races and gladiatorial games that once took place amidst the 820-foot long plaza. Lions and crocodiles battled the gladiators with up to 10,000 spectators cheering. In the afternoon, you reach the Rosh Hanikra Grottoes, located on the outskirts of Kibbutz Rosh Hanikra. Fishermen stand on protruding flat rocks and cast their lines into the splashing sea. The cliffs shimmer with white stone.

Rosh Hanikra represents the only point in Israel at which the sea meets the cliffs, located at the country’s northwestern tip. The sea changes from turquoise to sapphire. You can hear the small waves wading against the boulders below. A scenic cable car takes the family down to the walking paths at the heart of the cliffs. The sea caves contain smooth walls with natural indentations marked by rainwater opening the bedrock. The tunnels reach a length of more than 650 feet with interconnecting segments. The sunlight casts an iridescent shimmer through the grottoes, easily enchanting the entire family.

Day 4: Jerusalem – Along for the Thrilling Ride

In the morning, the aroma of olive orchards and cypress trees fills the air, accompanying the refreshing scent of freshly brewed coffee. After breakfast, the family steps aboard a four-wheel drive jeep, ready to ride through the Golan Heights. The terrain fluctuates between verdant green and wildflowers to basalt boulders and deep canyons. Orchards and vineyards sprout up near springs, and the volcanic plateau turns dry and tan in the summer months. You reach Nimrod Fortress; a 13th-century edifice erected to protect the road connecting Tyre to Damascus. A narrow ridge reaches upwards of nearly 2,675 feet above sea level on the slopes of Mount Hermon. The kids are awestruck at the size of the walls adorning the remote mountain terrain.

The fortifications reach a length of more than 1,300 feet and a width of nearly 500 feet. Lush tufts and bushes texture the tan mountain ridges. Stone archways continue to frame the walkways meandering through the fortress. The family has a dramatic view of the forested valleys separating the Golan Heights from Mount Herman leading to the Lebanon border. The kids listen with the intent to the history of the fortress, from its destruction by the Mongols to the impressive 13th-century hall. You run your fingers over the smooth stones framing the angled archer slits in the Northern Tower to fully realize the preserved nature of history. In the afternoon, you venture to Beit She’an to view a working archeological dig.

Day 5: Jerusalem – A Glance at Israel

In the morning, the 19th-century narrow, winding lanes of the Nachlaot District fill with locals making their way to work. The preserved historical houses frame the walkways and antique synagogues, including Ades Synagogue on Shilo Street. The Syrian Jewish community erected the edifice at the turn of the 20th century in the traditional Middle Eastern architectural style. Chandeliers dangle from the high ceilings and wooden benches face the central dais. The temple ark covers the entire eastern wall. Your guide leads you on a half-day tour of the newer districts of the city, including the Israel Museum.

The galleries exhibit more than 500,000 artifacts, including the celebrated Dead Sea Scrolls. The kids marvel at the unique, tattered documents after learning the scrolls were written between the 1st and 2nd centuries BCE. You take note of the ancient calligraphy, in which each word holds an elegant shape all on its own. After exploring the Christian Quarter, your private transfer meets you, ready to escort the family to Ben Gurion International Airport. You could extend your family vacation and take the time to visit Eilat located on the shores of the Red Sea, along with wandering the canyons and captivating cliffs of Petra in Jordan. 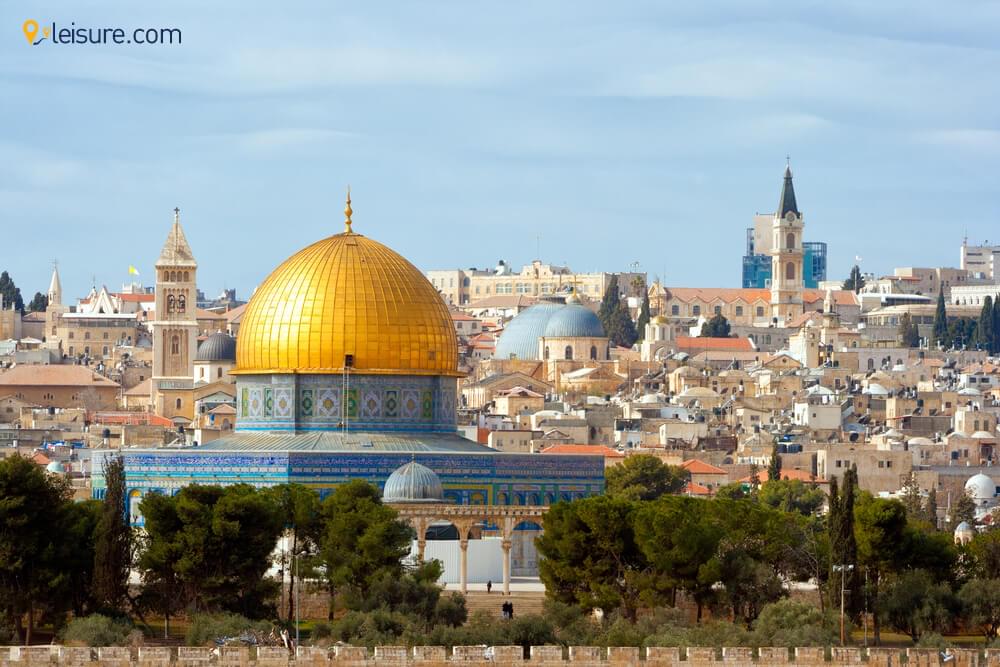 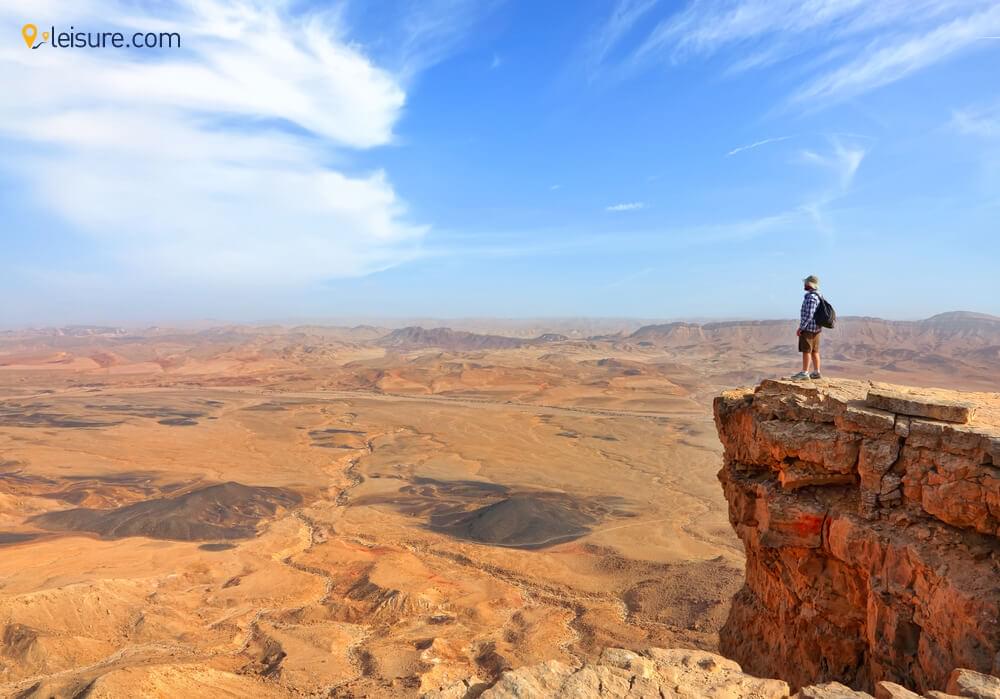 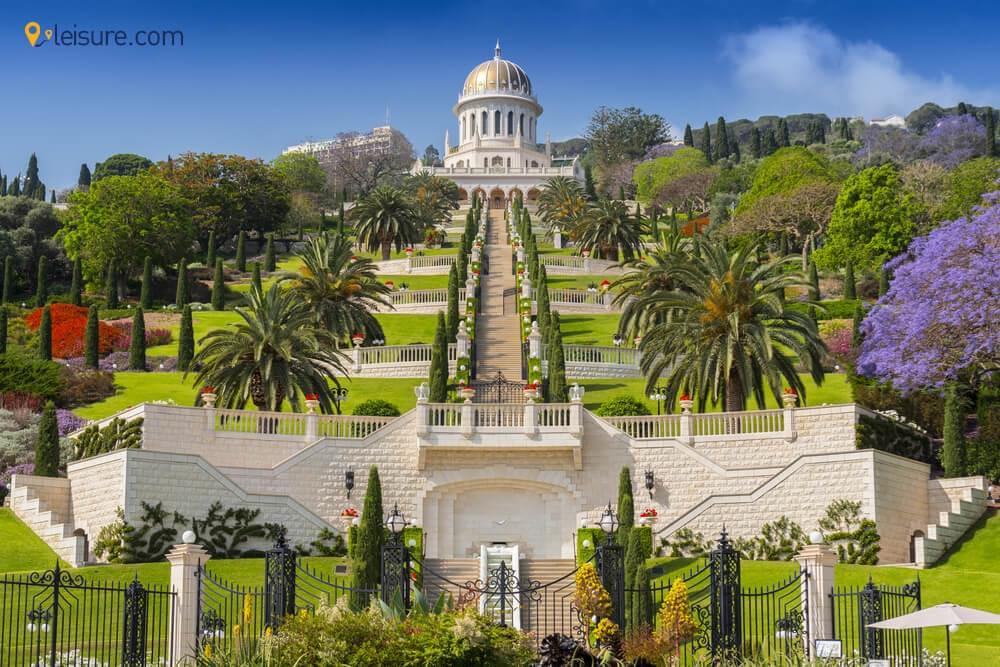 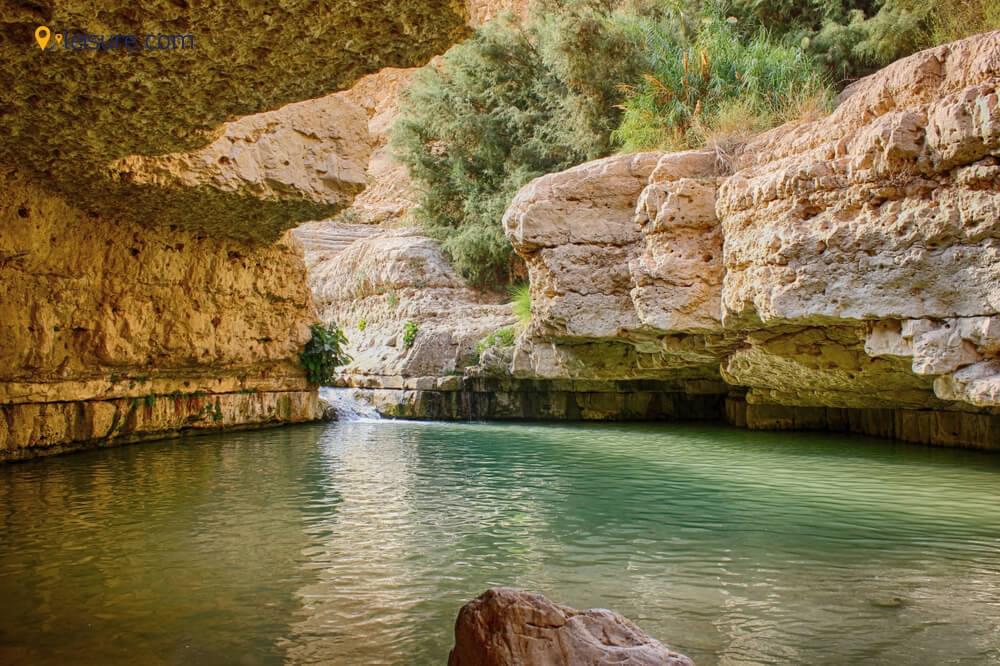 Please inquire for a custom quote. The price is customized based on final accommodation choices, travel dates, and other customer preferences.