Experience The True Essence Of Ukraine With This Travel Guide 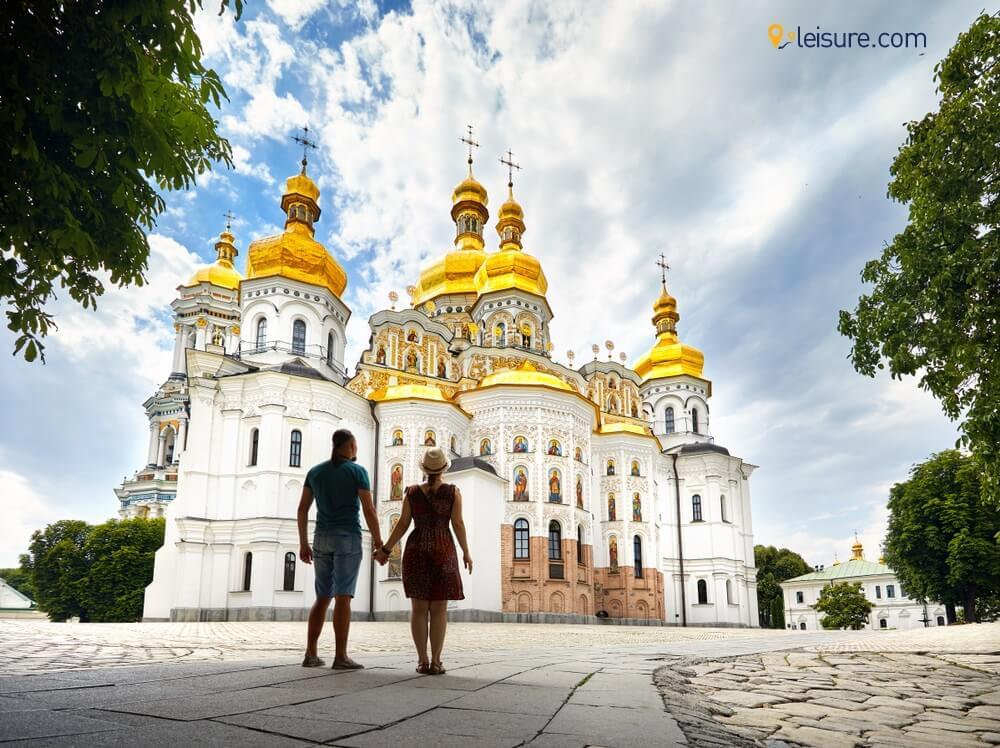 Not much visited and less crowded as compared to other parts of Europe, Ukraine is a vibrant and proud nation situated on the Black Sea, brimming with wild forest, craggy mountain plains, and rugged beaches.

Having a history of varied cultural influences and folk traditions, Ukraine offers tourists with traditional villages, modern cities, and ski resorts, many of which feature well-preserved historical relics and UNESCO World Heritage Sites. So, join us on this 8-days Ukraine vacation that will take you through everything from mammoths to mummies and much more.

One of the biggest European countries, Ukraine is one which somehow struggle to draw tourists. It's a Soviet nation which is battling to find its identity between western European influences and Russia. Having said that, Ukraine is home to some of the most gorgeous places with an amazing range of activities for the tourists. While there are some areas which are advised as off-limits because of separatist clashes, most of this big country can be visited without any worries.

Ancient castles, lively cities, diversity of landscapes, spectacular countryside, and a welcoming attitude all make Ukraine a special tourist destination, nevertheless of its troubles. Moreover, lack of tourism in Ukraine lends the country an authenticity and charm that is often missing elsewhere.

The capital as well as the largest city of Ukraine, Kiev is a remarkable blend of European and Soviet culture and architecture. This green city is brimming with beautiful trees and parks. The memories of World War II are well-protected in the war memorial museum which is situated at the foot of Rodina-Mat.

Apart from wonderful churches and cathedrals such as Kiev Pechersk Lavra, St. Andrews Church and St. Sophia’s Cathedral, the city is home to the world’s deepest train station, Arsenalna. Kiev also has the Kiev Opera House and one must take a nice stroll on the streets of charming Maidan (city center).

Famous as the cultural capital of Ukraine, Lviv possess the most western architecture of all the Ukraine’s cities. The city boasts a spectacular UNESCO-protected Old Town acclaimed for splendid churches, charming narrow streets, quaint atmosphere and captivating museums. It is quite warm and welcoming and offers a broad range of lovely bars, themed restaurants and dazzling nightlife.

Regardless of the season, Lviv is famous with locals who visit the city for a weekend to experience the Old Town vibes. The city is popular for its local pubs, known as knaipas that serve food and drink. One of the most fascinating one is Gasova Lampa which is a museum-restaurant having one of the biggest collections of gas lamps in Europe.

The major summer getaway for most Ukrainians and a major port on the Black Sea, this is how Odessa is. The city boasts sandy beaches where one can relax all day long as the sea is warm as well as inviting. Odessa has always been a significant place, being the major trade center for the Russian Empire. The Old town of Odessa is a spectacular place, having parallel streets covered with rows of trees. The magnificent Opera House, which is the world’s second biggest after La Scala in Milan, is truly breathtaking!

However, if you really wish to know Odessa and fall in love with it, then peek into the yards, which is an entirely distinct universe!

The place of world’s worst nuclear disaster, Chernobyl has become an improbable tourist spot. Although one cannot visit the Chernobyl site itself, there are a number of tours to the nearby ghost town of Pripyat. Before this horrible nuclear disaster, there were about 50,000 residents in Pripyat.

In the aftermath of the disaster, Pripyat was evacuated entirely in 2 days and it still remains as it was on that fateful day in the year 1986. The place is a must-visit in your Ukraine tour itinerary.

A city which sits on the Vorskala River, Poltava is soaked in military history because of a legendary battle that occured in the 18th century between the Russian Tsar Peter I and the Cossacks. Because of this, you’ll be able to witness the military relics that still remain which include the October Park, the preserved area of the Poltava Battlefield and the Column of Glory. The city is also famous for its museums, many of which are dedicated to military history and also of its main cathedral, the Assumption Cathedral, with its impressive belfry. Today, Poltava is a serene and relaxed cultural city, with theatres, orchestras, and plenty of museums.

Often referred to as the hidden gem of Ukraine, Chernivtsi boasts multicultural history, lovely cafes, spectacular architecture and an extraordinary Central European vibe that makes you fall in love with the city instantly. The university building, which is listed on the UNESCO World Heritage Site, could simply play in one of the Harry Potter movies. The city is often known as the Little Paris or Little Vienna because of its beauty. This is the place to simply relax, lay around and admire the charm of the city. Being in Chernivtsi is a pure pleasure of the senses! A Friendly recommendation - choose an accommodation in the center of Chernivtsi so as to be within walking distance of all the highlights!

One of Ukraine’s greatest monuments, Lubart’s Castle was formed in the 14th century. It is an architectural masterpiece having ancient cobblestones, bridges and towers. The castle today draws tourists all year round for various festivals dedicated to ethnography, music and history. Ukrainians are extremely proud of Lubart’s Castle, to the extent that they even printed it on the 200 UAH banknote.

Myrhorod, which is established on the Khorol River is majorly a tranquil spa town that became popular due to the mineral properties that are discovered in its underground springs. Its is said that drinking the slightly salty water improves digestive issues. There are even plenty of spots for visitors to enjoy a nice and relaxing bath. You can embark on a boat or pedalo out of the Khorol River, and you’ll find plenty of eccentric features to experience such as a musical water fountain and a towering illuminated windmill. The woodlands which are found in Myrhorod are also quite popular. One can also embark on a horse drawn carriage ride through the lush landscape for a full romantic experience. 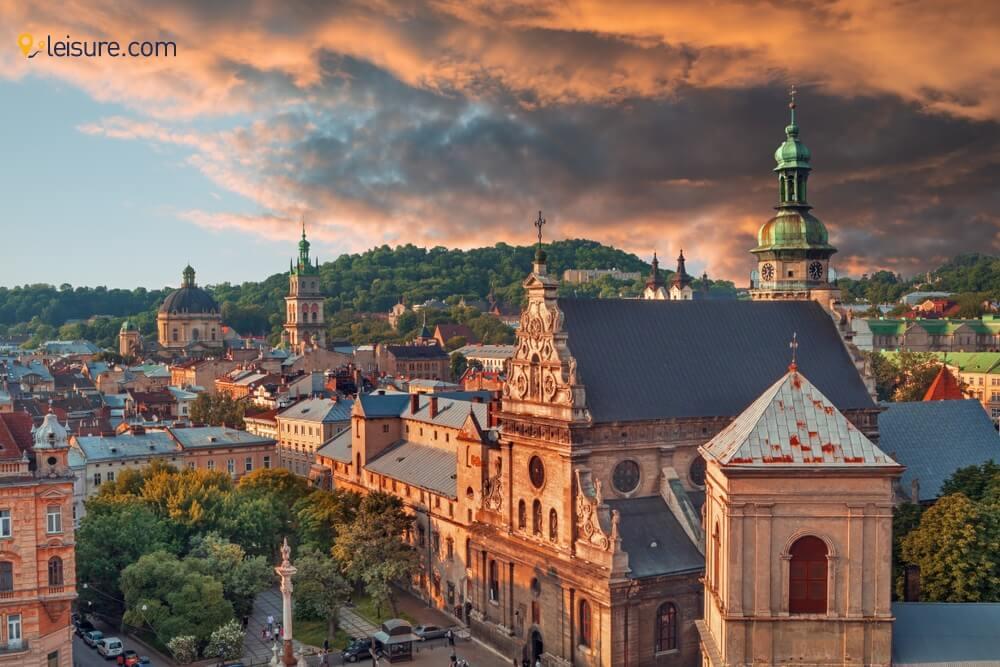 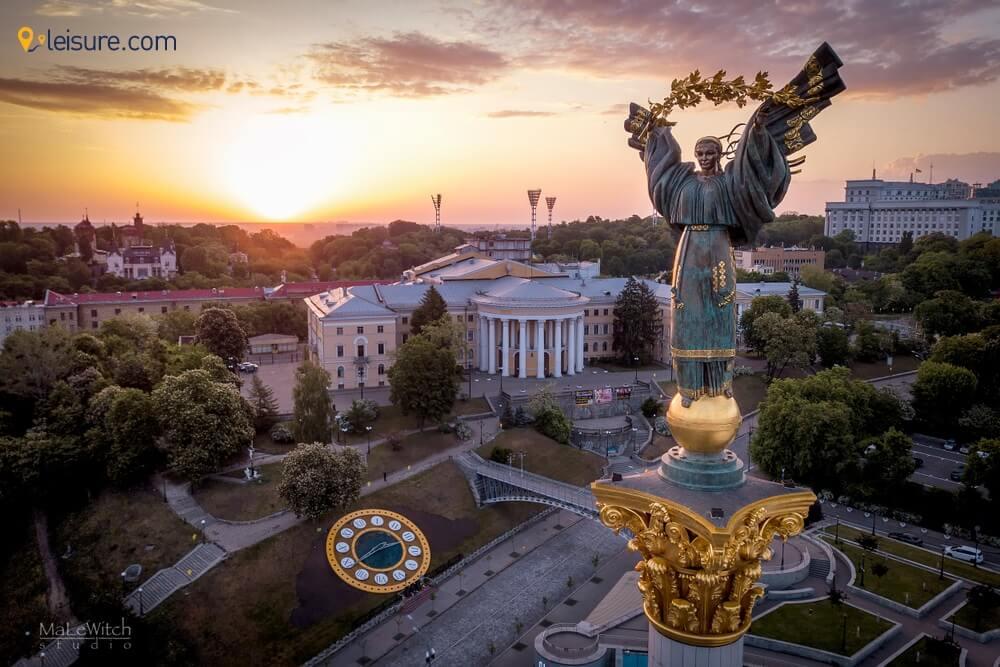 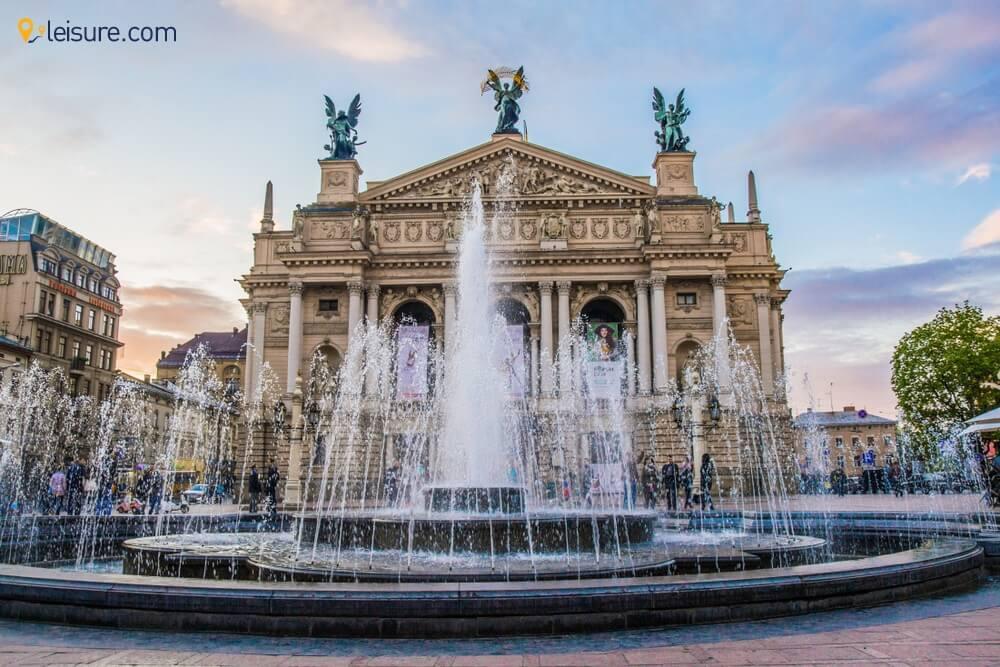 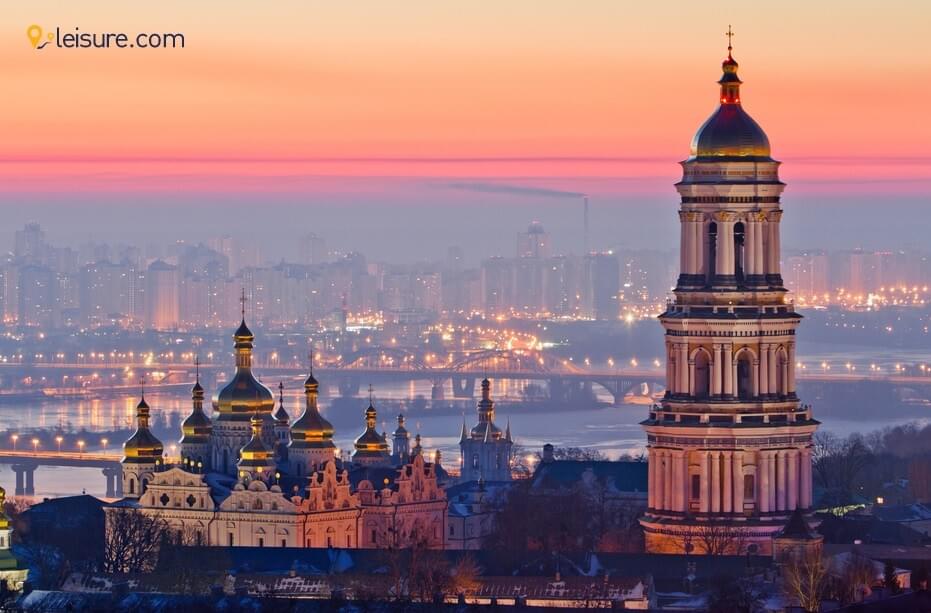