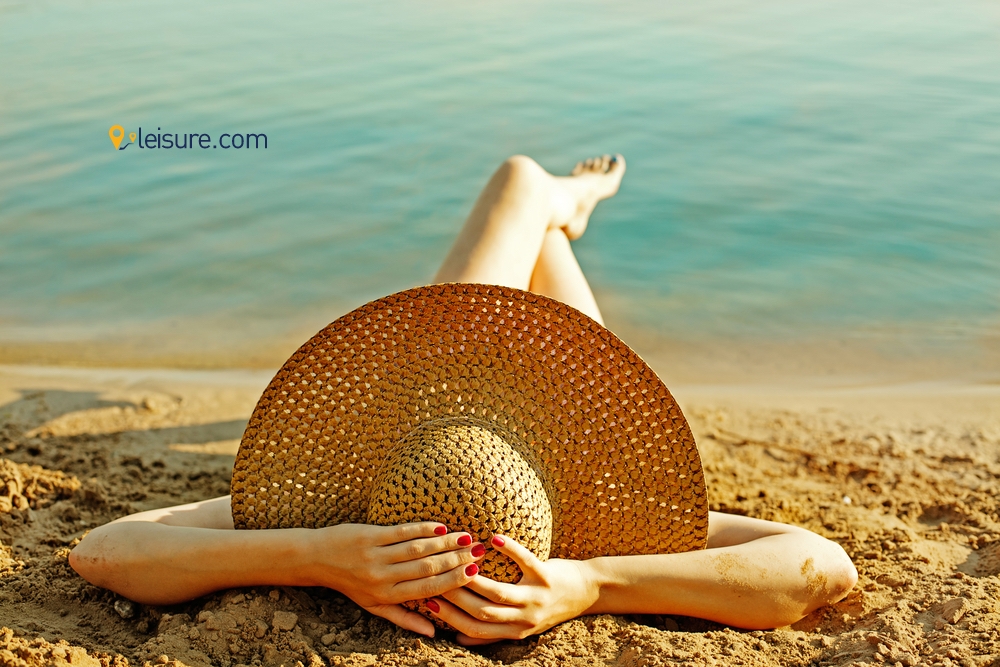 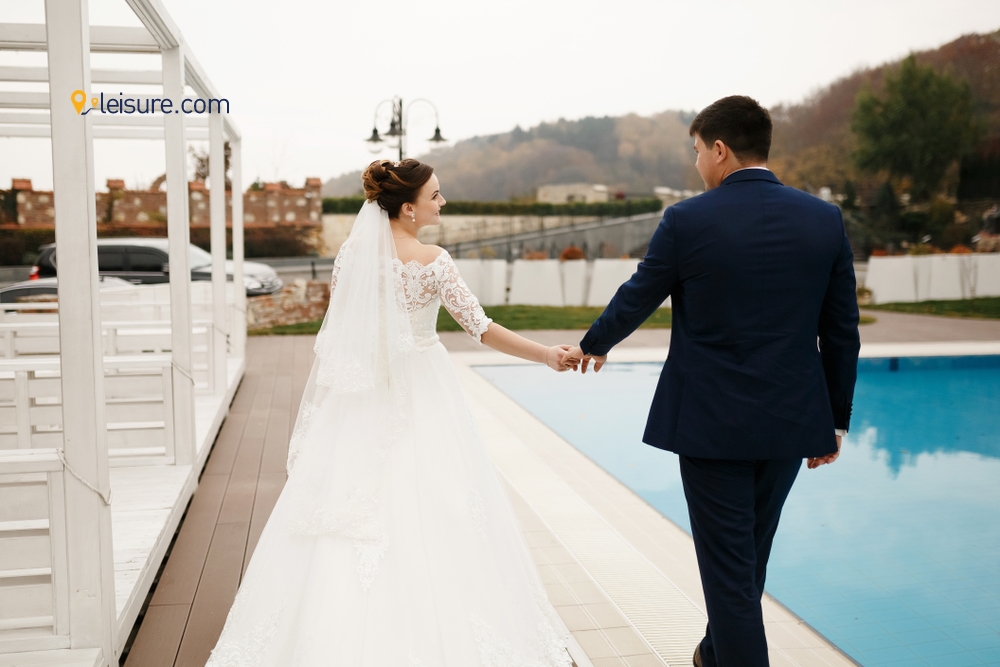 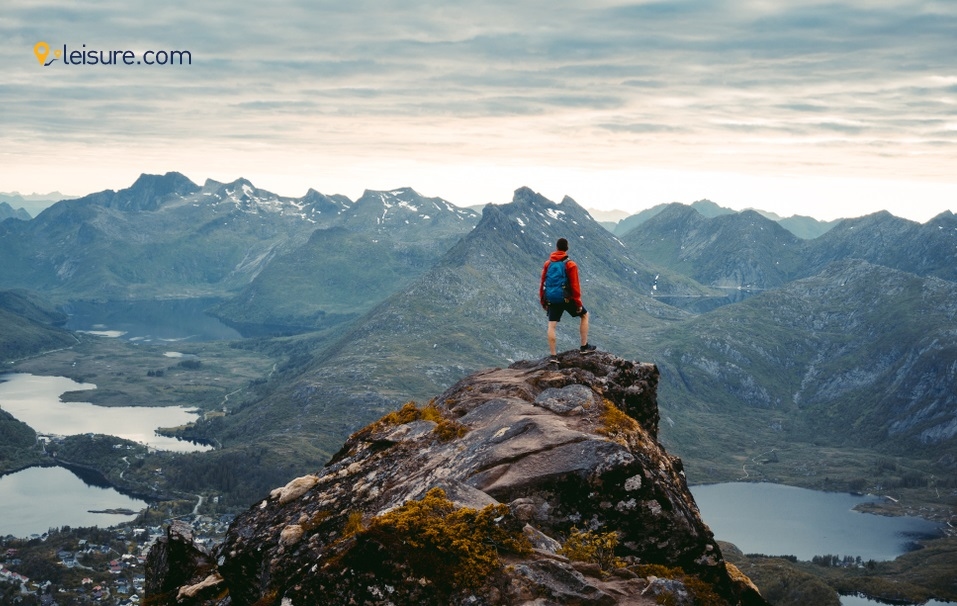 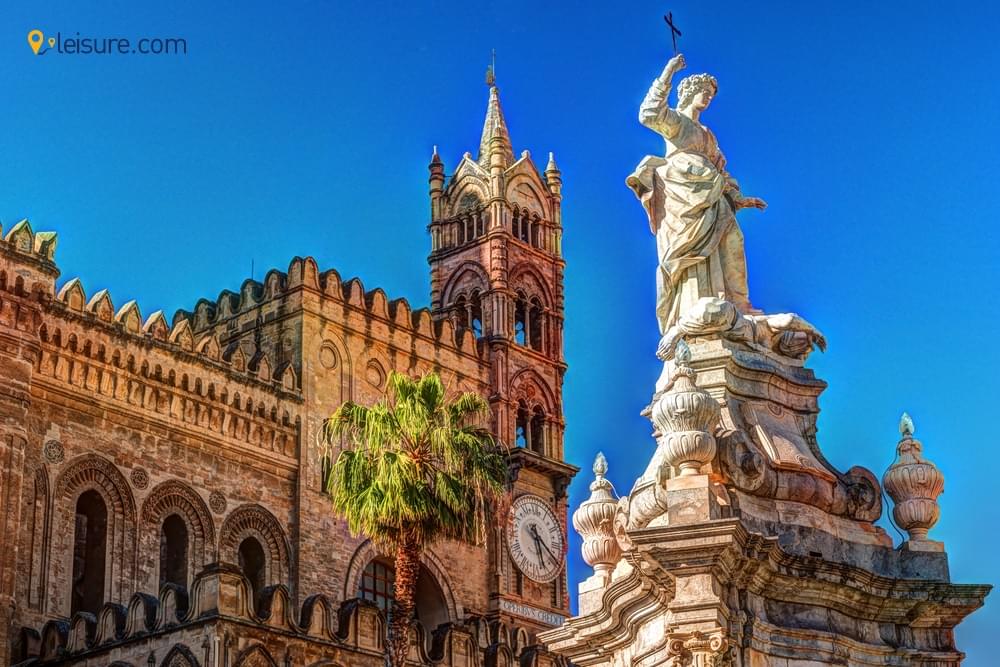 This is a custom made Sicily tour of Sicily wherein you will be traveling to the best locations and tourist spots in and around the Sunny Island – another metaphor to this beautiful Island County. Sicily is one of the major tourist spots and also the largest of the Mediterranean island lying at the toe of Italy’s map. The location is called ‘the boot’ of Italy. The island has some excellent locations that you will be visiting throughout your stay in Sicily which includes places like Valley of the Temples, the preserved ruins of 7 monumental Doric Style Greek Temples and also the Byzantine Mosaics which is located at the Cappella Palatina. This was the former royal chapel in the capital city of Rome and exists till date. You will also be visiting the famous Mount Etna, a very active and highest European Italian volcanoes. The five-day tour of the Island nation will explore sites at the following locations – Palermo, Marsala, Selinunte, Agrigento, and Ragusa. Check out the highlights of the tour here –

• Arrive in the serene atmosphere of Sicily to take on to the five-day tour of the Island. Explore the beaches and historical places in and around the island.

• Learn about the history of Sicily filled in its architecture and take a group walk to learn more about Sicily and its surrounding areas.

• Check out some of the best locations of Palermo, Marsala, Agrigento, Ragusa and many more such destinations spread across the Island.

• Enjoy the local delicacies, the cuisines and many more such things on this customized tour.

The five-day tour of Sicily will commence with your arrival in Sicily and throughout the tour, you will be traveling to different cities such as Palermo, Monreale, Marsala, and Agrigento and other important destinations as well. you will be returning back to Palermo to end the tour on a high. Check out the details of the itinerary day wise –

Day 1: Arrival in Palermo and visiting the city

Palermo is one of the most important cities of Italy and forms the capital of the Italian Island of Sicily. The city has a historical significance in the Italian revolution and other contribution to the European rejuvenation. It is here that you will be arriving on the first day to start the extravagant tour of Sicily. You will be meeting your Luxury Italy Tour agent who will accompany to your pre-booked hotel where you can have your morning meal. After the meal, you can come out to visit some of the best destinations around Palermo. First on the list would be the 12th century made Palermo Cathedral which has some of the royal tombs housed there. The huge neoclassical Teatro Massimo around here is known for some Opera performances that happen throughout the year. Also, you can find the Palazzo dei Normanni which is a royal palace built in the 9th century followed by the Cappella Palatina and the Byzantine Mosaics. Apart from all these, you can go around shopping in the markets of Central Ballaro Street market and the Vucciria. You can spend the night here to visit the night pubs and enjoy the nightlife.

The city of Palermo has a commune and a small town known as Monreale to where you will be heading today with you Italy tour agent after having some meal in the morning. The city is located on the slope of Monte Caputo and which looks over the very fertile valley called the ‘La Conca d’Oro’. The place has a huge name in the production of oranges, olives, and almonds and is one of the largest exporters of these in Europe. You will be visiting the Arab Norman Cathedral which is one of the many wonders of the prime architecture of the Roman times. After that, the next destination would be the Martorana Church while having some local snacks at the famous Antica Focacceria San Francesco. In the evening, your cavalcade will move to Marsala, one of the most amazing cities of Sicily.

The western Sicily is a wonderland and amongst them is the small coastal town of Marsala which is known for its ancient ruins and some nature reserves. After having some meal in the morning, your Italy travel agent will take you to visit the Famous Salt Road, the route of which has some of the beautiful landscapes of Sicily. The route is filled with salt mines and windmills on the rocky coast. After having visited the Salt road, you will head towards the Stagnone Nature Reserve where you can find a lot of migratory birds. After that, do not forget to visit the Baglio Anselmi Archaeological Museum which has a large collection of Pottery and ancient Shipwrecks. These Shipwrecks have been brought here from the First Punic War. Also, try to visit the Grignani Palace which has a picture gallery of some of the renowned works. You will then head to the tour of Selinunte which is an archaeological park filled with the ruins of the ancient Greek city. in the evening, you will head to Agrigento to spend the night there.

Agrigento is a beautiful hilltop city situated on the southwest shore of Sicily. The city is virtually known for the ruins of the ancient city of Akragas. The valley is situated near the Valley of Temples which is an archaeological site having well-preserved Greek temples. It is from this place that you will be starting your tour on the fourth day. This is also a UNESCO listed World Heritage site. After that, you will be visiting the famous Museo Archaeological Regionale Pietro Griffo which has a giant male figure and filled with ancient artifacts. To the west is the famous Scala dei Turchi which is a stepped cliff and overlooks the best beaches in the area. In the evening you can hang out on the beaches and spend a serene night near this place.

Day 5: Visiting Catania and back to Palermo for Transfer

Catania is one of the oldest port cities of Sicily situated on the east coast. The city is virtually the foot of Mt. Etna, the most active volcano of Europe. The final day of the trip will be all about exploring the city of Catania. This place has some beautiful destinations such as central square, Piazza del Duomo, which houses the famous fountain called the Fontana dell' Elefante statue and the beautifully decorated Catania Cathedral. Make time to also visit the La Pescheria weekday fish, the area around which is known for some delicious seafood. Try to visit the Villa Romana del Casale which is a UNESCO Site and houses Roman mosaics and treasures of the ancient time. In the evening, you will be back to the capital city of Palermo for your departure related proceedings. 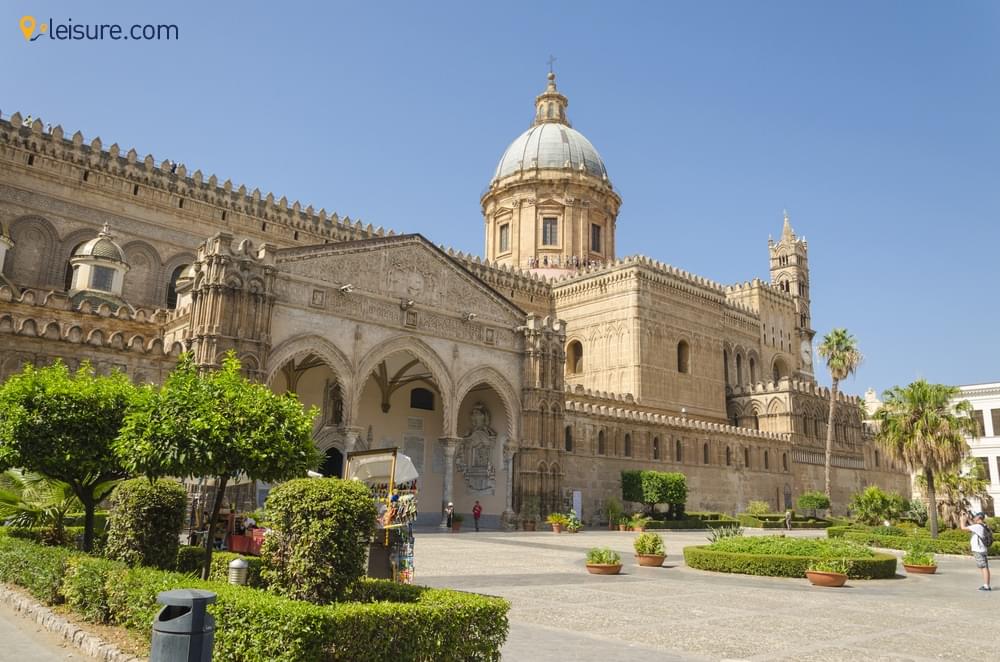 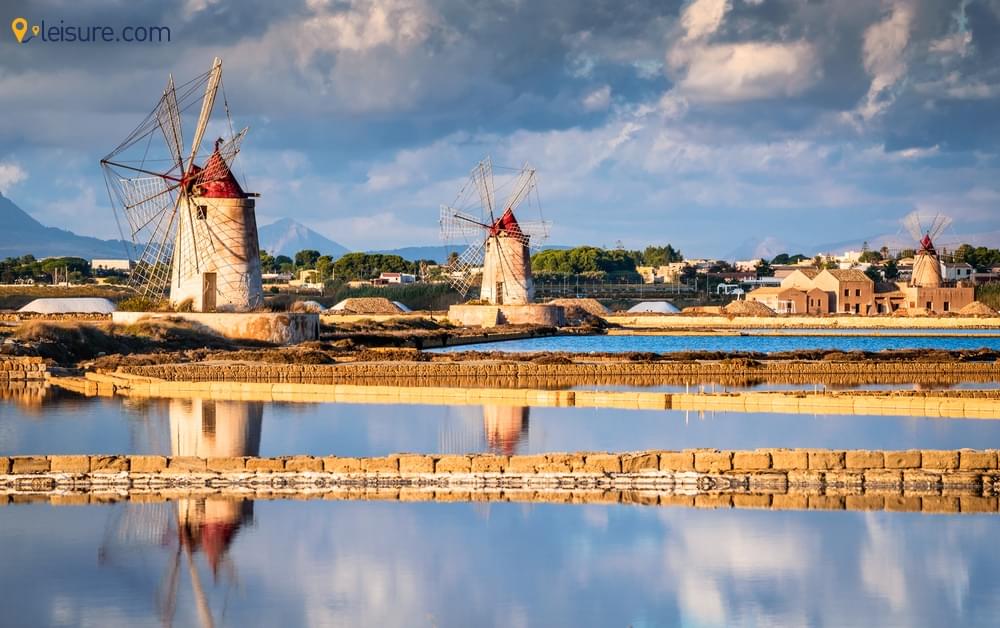 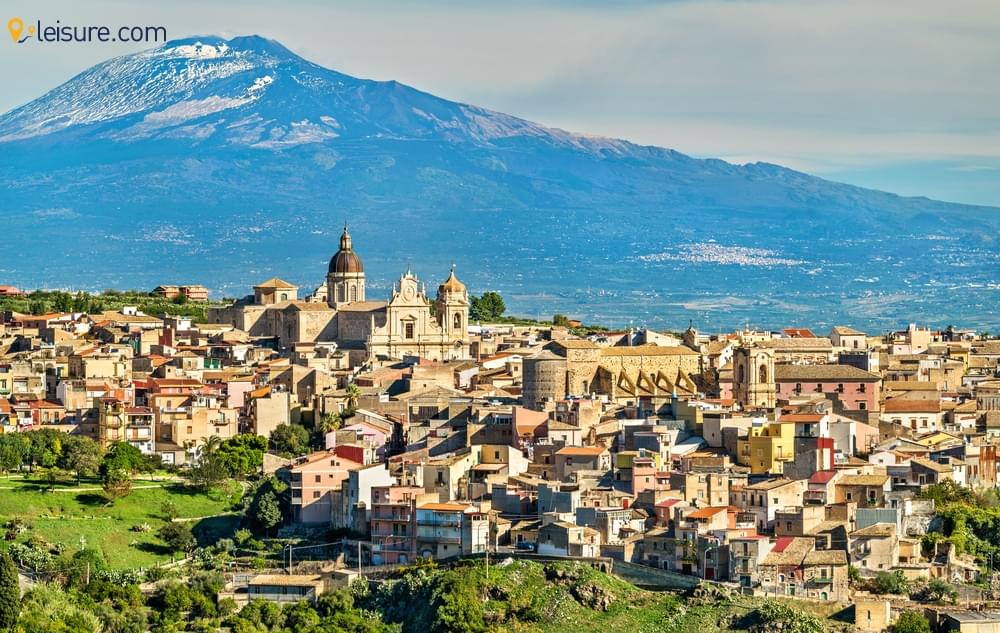 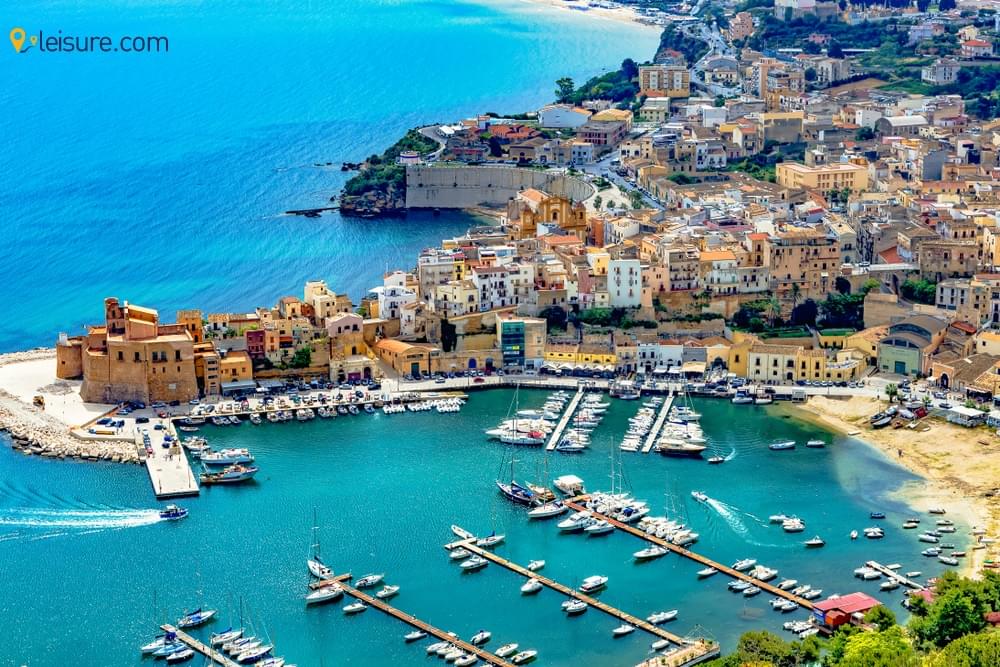